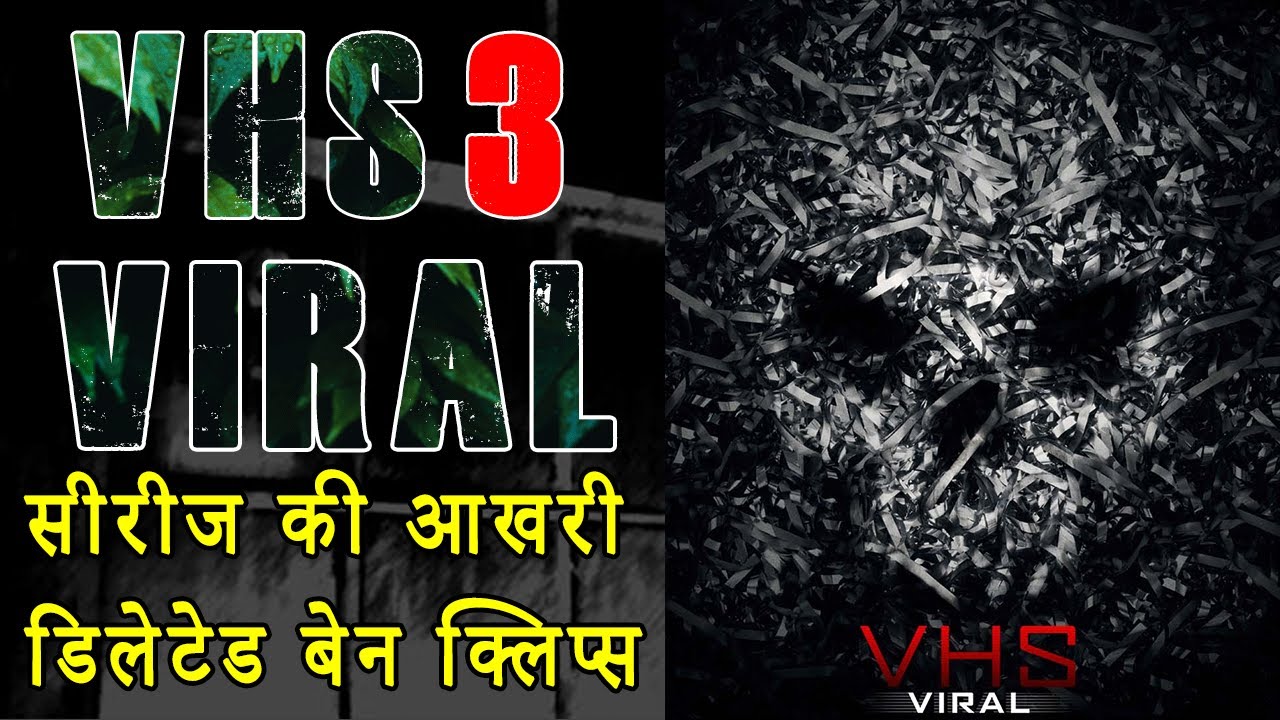 VHS Viral Ending Explained In Hindi | VHS With Deleted Scenes | Gorgeous Vortex Explained in Hindi
V/H/S: Viral is a 2014 American anthology horror film from Bloody Disgusting. The final film in the V/H/S trilogy, created by Brad Miska, features a series of found-footage shorts written and directed by Nacho Vigalondo, Marcel Sarmiento, Gregg Bishop, Justin Benson and Aaron Scott Moorhead.
A Los Angeles police chase sends a fame-obsessed man on a wild ride to save his girlfriend from a cybernetic terror.
V/H/S: Viral’s segments include the story of a deranged illusionist who obtains a magical object of great power; a homemade machine that opens a door to a parallel world; and teenage skaters who unwittingly become targets of a Mexican death cult ritual. An additional segment was filmed, but Todd Lincoln’s short, Gorgeous Vortex, was cut at the last minute since it did not fit in with the overall theme of the film. The short is included as an extra on the film’s DVD and Blu-ray release, which starts after the credits for the main film end.

Release
The film was released through Video on Demand on October 23, 2014, and was released in select theaters on November 21. The home-release on Blu-ray disc and DVD was on February 17, 2015, through Magnet Releasing. Magnet Releasing premiered the film on March 20, 2015, on Netflix Instant.

Reception
Most reviews for the film have been negative. On Rotten Tomatoes, the film currently holds a score of 34% and an average rating of 3.69/10 based on 32 reviews. Metacritic gives the film a score of 38/100 based on reviews from 12 critics, indicating “generally unfavorable reviews” from critics. Peter Debruge of Variety described the film as “three playful yet thoroughly disposable experiments in short-form p.o.v. cinema”. Frank Scheck of The Hollywood Reporter wrote, “Lacking the originality of the first film and the superior entries of the second, V/H/S Viral spirals downwards towards the same sort of obsolescence as the home video format that provides its title.” A. A. Dowd of The A.V. Club rated it D+ and called it “slapdash and ineffectual”. Jordan Hoffman of The Guardian rated it 1/5 stars and wrote, “Besides one bright spot involving razor-sharp genitals, this horror compilation is bereft of thrills, scares or creativity.” Shawn Macomber of Fangoria rated it 3/4 stars and wrote that the change in tone from previous entries in the film series will alienate some fans but is a “welcome breather”. Brad McHargue of Dread Central rated it 4/5 stars and wrote, “The shorts that comprise V/H/S Viral are inventive enough to make up for the blunder that is Sarmiento’s wraparound, even if each one breaks the found footage ‘rules’ in egregious ways.”Luke Owen of Flickering Myth writes “Dante the Great has some amazing visuals, a wickedly fun fight scene and an amazing style. Both Vigalondo’s Parallel Monsters and Bishop’s Dante the Great deserve to be in a much better anthology horror movie.”