Home TRAVEL EUROPE Things To Do in London, England 2020 4k 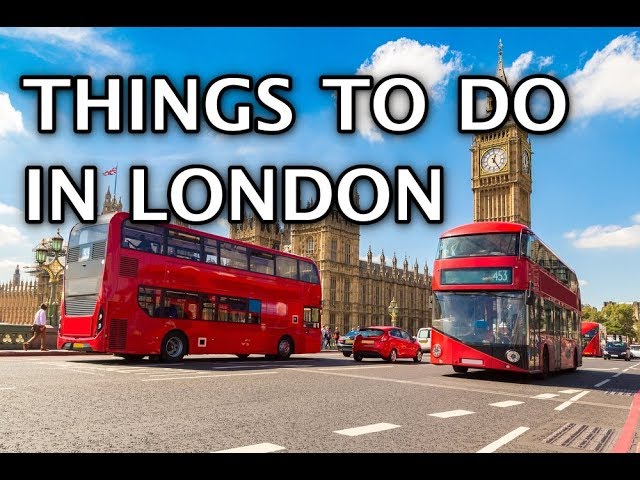 The Top 10 Cities to Visit in Europe

Top Things To Do in Barcelona, Spain | 4k

Top 9 Places To Visit In Paris – Things To Do

9 Travel Destinations in Rome – Things To Do

Hey Must Do Travels Tribe! Today we are going to London, the largest city in not only England, but in the entire UK. Let’s go check out the top 8 things you have to do when you’re there!

The Houses of Parliament and Elizabeth Tower, known to most as Big Ben, are among London’s most iconic landmarks and must-do London attractions. The name of Big Ben is given to the massive bell inside the clock tower, which weighs more than 13 tons. The clock tower looks absolutely beautiful at night when the four clock faces are fully lit up.

The London Eye is Europe’s largest ferris wheel that is used for tourists to get a spectacular view of all of London from across the River Thames. The London Eye is the most popular paid tourist attraction in the UK with over 3.75 million visitors per year and is definitely a must-do if it’s your first time in the city!

Tower Bridge is an iconic suspension bridge in London built between 1886 and 1894. The bridge crosses the River Thames close to the Tower of London and has become a symbol of the city.

The National Gallery is an art museum in Trafalgar Square in Central London. The museum was founded in 1824 and houses a collection of over 2,300 paintings dating all the way from the mid-13th century to the 1900s.

St. Paul’s Cathedral is an Anglican cathedral that sits on the highest point of London on Ludgate Hill. Visitors enjoy the awe-inspiring interior, rich history, incredible acoustics and some of the best views over London.

Trafalgar Square, the largest square in London, is often considered the heart of the city. Ever since the Middle Ages, this area has been a central meeting place.

Westminster Palace, also known as the Houses of Parliament, is a Gothic style building where the House of Commons and the House of Lords meet. The Palace of Westminster can only be visited on Saturdays or during the months of July and August, so if you want to visit this iconic palace, plan accordingly!

The Shard, formerly London Bridge Tower, is a 95-storey supertall skyscraper where you can find 360 degree views from the 69th floor and an open air view on the 72nd floor. This is a great place to sit back and relax with a glass of champagne and enjoy the views.

Join Must Do Travels, the largest community of travel enthusiasts from around the world. We’re not just another travel brand, we’re a movement designed to join modern culture with desired destinations. Must Do Travels is inspired by lovers, dreamers and adventures worldwide. Our mission is simple: Do what you want to do. Travel anywhere, anytime – easily.

The Top 10 Cities to Visit in Europe

Top Things To Do in Barcelona, Spain | 4k