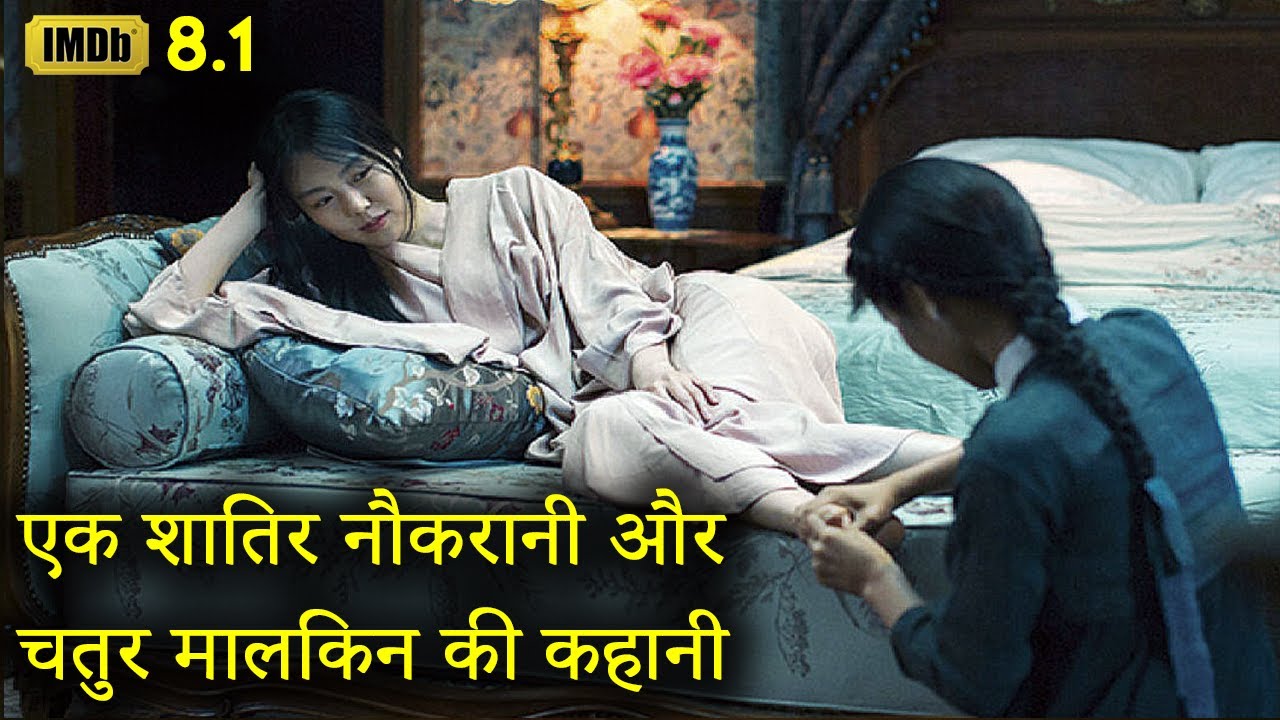 The Handmaiden (2016) Climax Explained in Hindi
The Handmaiden (Korean: 아가씨; RR: Agassi; lit. '”Lady”‘) is a 2016 South Korean erotic psychological thriller film directed by Park Chan-wook and starring Kim Min-hee, Kim Tae-ri, Ha Jung-woo and Cho Jin-woong. It is inspired by the novel Fingersmith by Welsh writer Sarah Waters, with the setting changed from Victorian era Britain to Korea under Japanese colonial rule.
The film was selected to compete for the Palme d’Or at the 2016 Cannes Film Festival. It was released in South Korea on 1 June 2016, to critical acclaim. It grossed over $38 million worldwide.
A woman is hired as a handmaiden to a Japanese heiress, but secretly she is involved in a plot to defraud her.
Jo Eun-hyung as young HidekoAt the 71st British Academy Film Awards, the film won the category of Best Film Not in the English Language.