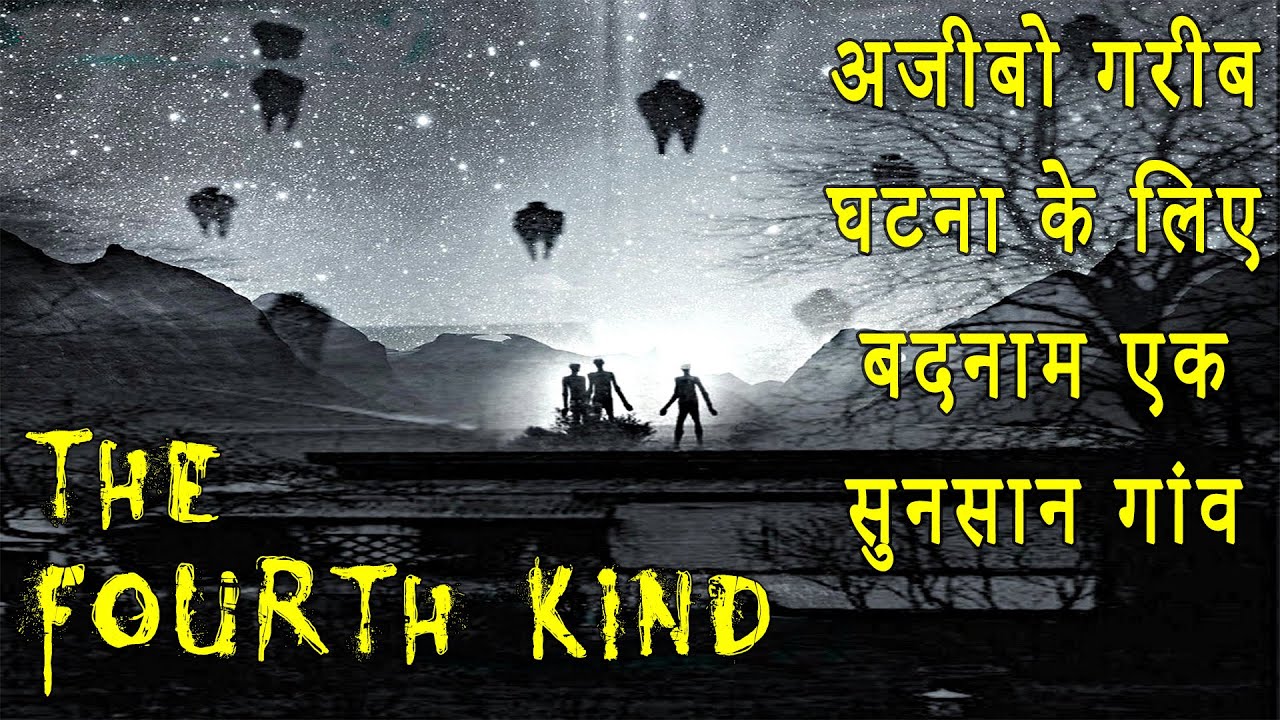 The Fourth Kind (2009) Climax Explained in Hindi
A thriller involving an ongoing unsolved mystery in Alaska, where one town has seen an extraordinary number of unexplained disappearances during the past 40 years and there are accusations of a federal cover up.
The Fourth Kind is a 2009 American science fiction psychological thriller film directed by Olatunde Osunsanmi and featuring a cast of Milla Jovovich, Elias Koteas, Corey Johnson, Will Patton, Charlotte Milchard, Mia Mckenna-Bruce, Yulian Vergov, and Olatunde Osunsanmi. The title is derived from the expansion of J. Allen Hynek’s classification of close encounters with aliens, in which the fourth kind denotes alien abductions.
The film is a pseudodocumentary purporting to be based on real events occurring in Nome, Alaska in 2000, in which psychologist Dr. Abigail Emily “Abbey” Tyler uses hypnosis to uncover memories from her patients of alien abduction, and finds evidence suggesting that she may have been abducted as well. The film has two components: dramatization, in which actors portray the individuals involved, and “documentary”, in which video footage purports to show the ‘actual’ victims undergoing hypnosis. Throughout the film, Abbey, played by Charlotte Milchard, is shown purportedly being interviewed on television in 2002, two years after the abductions occurred. At some points in the film, the “documentary” and dramatized footage are presented alongside each other in split-screen.
The film received mainly negative reviews from critics but made US$47.71 million in cinemas worldwide.

Production
This is the first major film by writer and director Olatunde Osunsanmi, who is a protégé of independent film director Joe Carnahan. The movie is set up as a re-enactment of allegedly original documentary footage. It also uses supposedly “never-before-seen archival footage” that is integrated into the film.
The Fourth Kind was shot in Bulgaria and Squamish, British Columbia, Canada. The lush, mountainous setting of Nome in the film bears little resemblance to the actual Nome, Alaska, which sits amidst the fringes of the arctic tree line, where trees can only grow about 8 ft tall due to the permafrost on the shore of the Bering Sea.
To promote the film, Universal Pictures created a website with fake news stories supposedly taken from real Alaska newspapers, including the Nome Nugget and the Fairbanks Daily News-Miner. The newspapers sued Universal, eventually reaching a settlement where Universal would remove the fake stories and pay $20,000 to the Alaska Press Club and a $2,500 contribution to a scholarship fund for the Calista Corporation.

Critical reception
The Fourth Kind received mainly negative reviews from critics, many of whom were offended that the film attempted to use the real life tragedies of missing and deceased Nome citizens in order to make money using a fictitious story about alien abduction. The film currently has an 18% rating on review aggregator Rotten Tomatoes, based on 114 reviews. The site’s consensus reads “While it boasts a handful of shocks, The Fourth Kind is hokey and clumsy and makes its close encounters seem eerily mundane.” American critic Roger Ebert gave it one and a half stars out of four, comparing it unfavorably to Paranormal Activity and The Blair Witch Project, while praising Milla Jovovich’s acting.
Owen Gleiberman of Entertainment Weekly called the film “rote and listless.”
CNN reviewer Breanna Hare criticized The Fourth Kind for “marketing fiction as truth”. Nome, Alaska Mayor Denise Michels called it “Hollywood hooey”. According to Michels, “people need to realize that this is a science fiction thriller”. Michels also compared the film to The Blair Witch Project, saying, “we’re just hoping the message gets out that this is supposed to be for entertainment.”