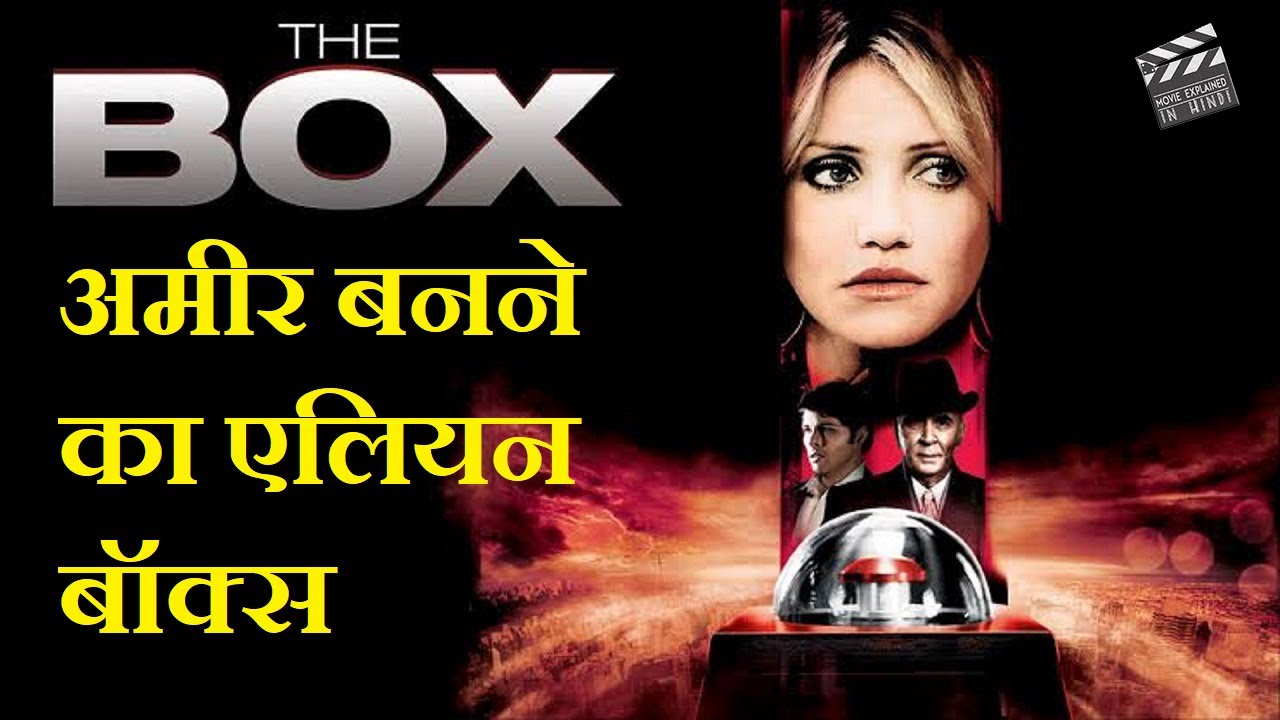 Ho sake toh mujhe ‼Subscribe‼, ya ‼JOIN‼ button par click karke aap mujhe support dikhana na bhulen | https://www.youtube.com/channel/UC8nRGLJEn_9VD1Y3VFLP_UA/join
Follow Me @
Facebook | https://www.facebook.com/jnikhil019
Instagram | https://www.instagram.com/insta_mano19/
Zomato | https://www.zomato.com/Nikko
The BOX (2009)
The Box is a 2009 American psychological thriller film based on the 1970 short story “Button, Button” by Richard Matheson, which was previously adapted into an episode of the 1980s iteration of The Twilight Zone. The film was written and directed by Richard Kelly and stars Cameron Diaz and James Marsden as a couple who receive a box from a mysterious man (played by Frank Langella) who offers them one million dollars if they press the button sealed within the dome on top of the box, but tells them that, once the button has been pushed, someone they do not know will die.

A small wooden box arrives on the doorstep of a married couple, who know that opening it will grant them a million dollars and kill someone they don’t know.