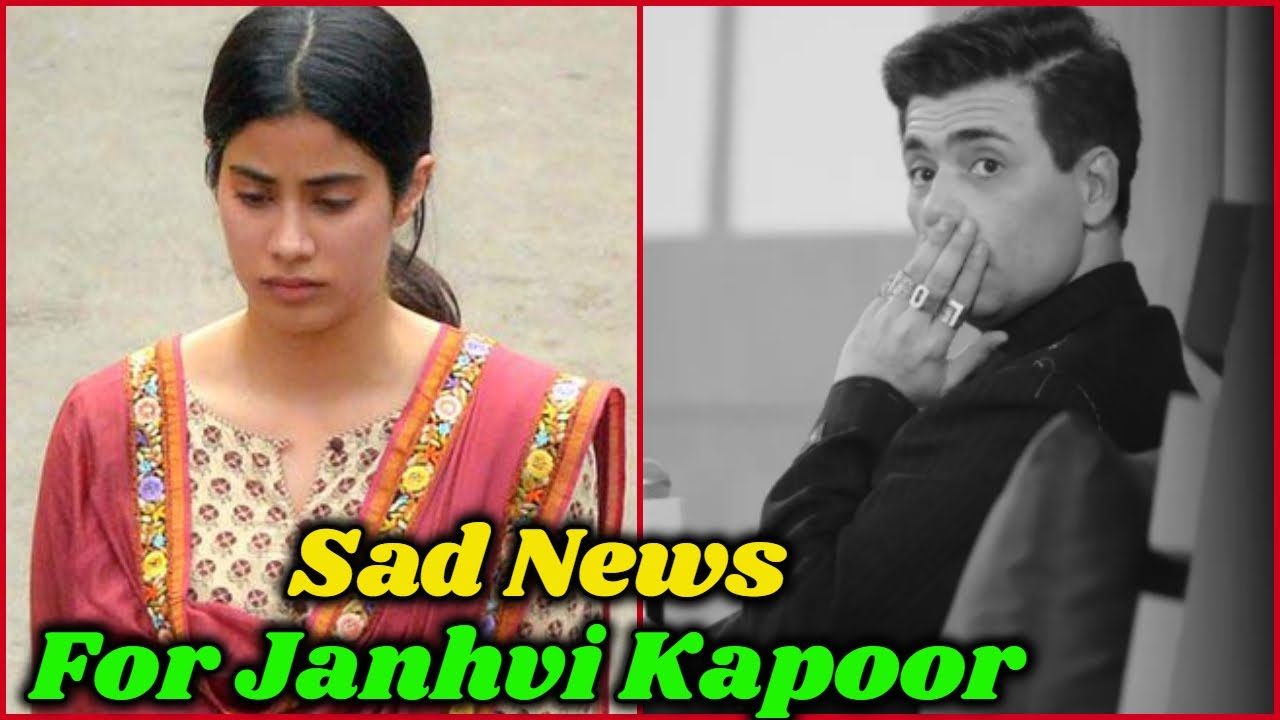 Sad News For Janhvi Kapoor. Looks like problems are not leaving Bollywood filmmaker Karan Johar soon enough. After the sudden demise of Bollywood actor Sushant Singh Rajput, Bollywood lovers are very much angry on Karan Johar. Karan Johar is very much infamous for his immense love for star kids and for not giving chances to talented outsiders. Karan Johar is currently facing the wrath of the angry netizens mad he is been boycotted by people immensely. Karan’s movies already got banned in the Bihar state which is why Karan decided to release his next release on the OTT platform. But looks like the OTT release of the movie has also failed to avoid the trouble for Karan Johar. Let us find out what has happened and which movie of Dharma Productions is in trouble currently. Karan Johar was tagged as the flag bearer of nepotism as he always gives chances to undeserving star kids only. Because of this people have decided to stop this movie mafia by boycotting all the upcoming movies of Karan Johar. Because of Karan Johar and nepotism, all the star kids, associated with this filmmaker, is facing the wrath of people. Janhvi Kapoor is one of those star kids, who got launched by Karan Johar in the film industry, with the movie, Dhadak. Janhvi Kapoor’s acting never received great reviews from either people or critics. She mostly got negative reviews. Still, she is getting back to back movie offers, just because she is a star kid and has connections in Bollywood. This unfair behavior towards the talented outsiders has angered people which is why people have decided to boycott Janhvi Kapoor’s next movie. With the ongoing debate on nepotism, Janhvi Kapoor along with Karan Johar might face a great loss as people are boycotting their upcoming movie. Janhvi Kapoor’s next movie, Gunjan Saxena The Kargil Girl is all set to get released on the OTT platform, Netflix. As per the reports, the movie will be released on 12th August on Netflix but the makers are worried about the movie’s future. Because of the presence of Karan Johar as the producer and because of Star kid Janhvi Kapoor’s presence as the lead made people angry. All the angry fans of late Bollywood actor, Sushant Singh Rajput, have vowed, not to watch the movie. The angry netizens are fully boycotting the movie and this is making the makers and the stars of the movie worried.
#janhvikapoor
#nepotism
#sushantsinghrajput
#karanjohar

———————————
For More Bollywood News: – https://goo.gl/mjGGsu
————————————–
Reporters : Ria Saha || Aparajita Das
Video Editors : Subrata Gayen || Puja Mitra || Jhilik Das || Swagata Biswas
—————————————-
Disclaimer :- We suggest that this video to be used only for information seeking and not to make any decision based on that. We always try to give you the correct news and information but we do not claim any guarantee. The information of this video is taken from various websites. If you find any information wrong, please contact us and we will take needful steps in no time. For Any Enquiry or Issue, Please contact us at somarticle@gmail.com
————————————–
Like Us on Facebook :- www.facebook.com/smokyevening
Follow Us on Twitter :- www.twitter.com/smokyevening
Pinterest :- www.pinterest.com/smokyevening
Instagram :- www.instagram.com/smoky.evening/
Visit our website : – https://www.smokyevening.com/
——————————————–
Copyright Disclaimer :- Under Section 107 of the Copyright Act 1976, allowance is made for fair use for purposes such as criticism, comment, news reporting, teaching, scholarship, and research. Fair use is a use permitted by copyright statute that might otherwise be infringing. Non-profit, educational or personal use tips the balance in favor of fair use