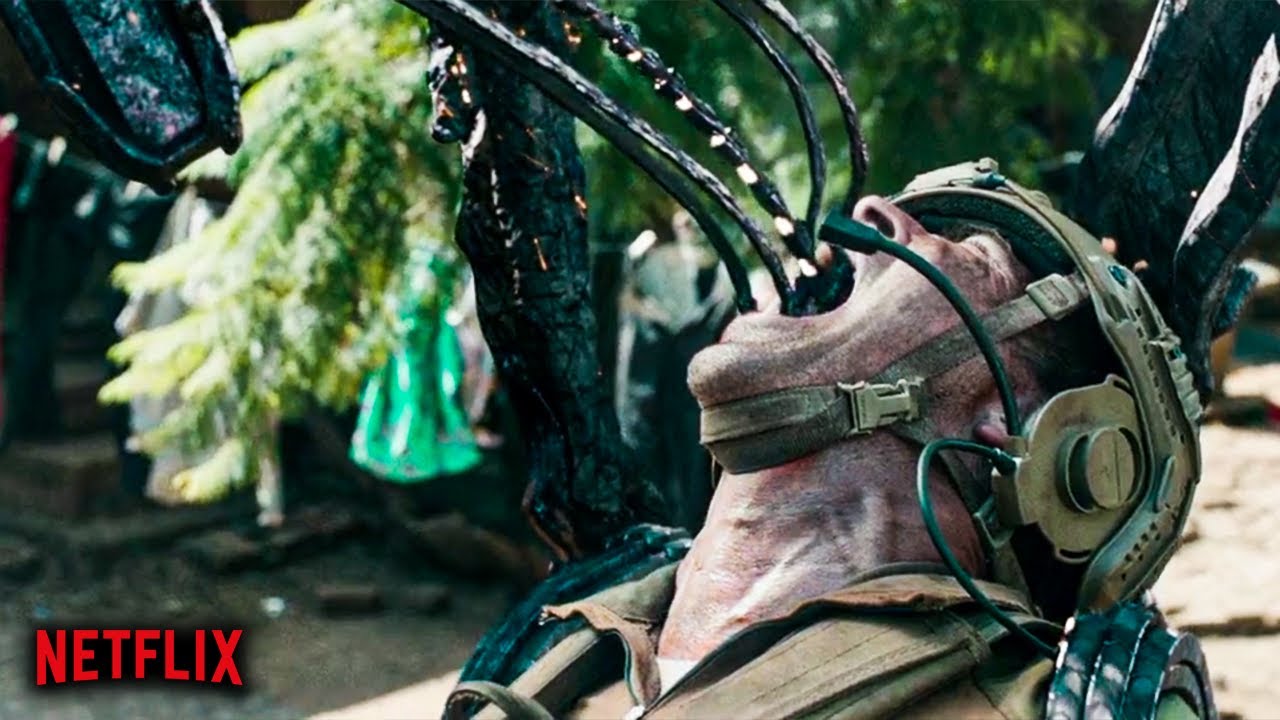 Pre-Production
Originally titled as Prisoner of War, Revolt entered pre-production with an enthusiastic Joe Miale (director, co-writer), quoted by Deadline’s journalist Mike Flemming Jr., saying, “Alien war machines have been stomping around in my head for far too long.”
Brian Kavanaugh-Jones, the producer for Automatik, along with Zev Foreman and Academy Award-winning producer Nicolas Chartier, producers for Voltage Pictures, expressed enthusiasm for Miale’s vision for Prisoner of War. In an interview with Deadline magazine, Chartier expressed, “We are firm believers in Joe Miale’s vision and look forward to establishing a new science-fiction franchise with him.”
Although Miale wanted the film to be filmed in Kenya, where the story was based in. Unfortunately, shooting in Kenya proved to be unfeasible. The crew ultimately shot around Johannesburg. Most locations were abandoned gold mine facilities, abandoned due to a depletion of gold. Miale expressed his enthusiasm for the locations with Occhi Magazine saying, “The crumbling concrete, chipped paint, and rusted metal is beautiful on camera.” He goes on to talk about the local electrical storms, pointing out that a lightning bolt that struck in the film was completely real.
Alex Russell was to originally to play Bo but Lee Pace ended up with the lead role for undisclosed reasons.

Production
Production officially kicked off in September 2014 on site in Johannesburg, South Africa. Only a handful of people were flown out to location. Some of those include director Joe Miale, Lee Pace “Bo,” Bérénice Marlohe “Nadia,” and cinematographer Karl Walter Lindenlaub, best known for his work in Independence Day.
Lee Pace and Bérénice Marlohe with locally cast talent on the set of Revolt
Due to the limited budget of the film, the majority of the cast and crew were locally hired from Johannesburg and Cape Town.

Charity
According to The Hollywood Reporter, for the first time in the history of Hollywood, the production companies of Revolt (Voltage Pictures, Automatik, and 42 Productions) launched an Indiegogo campaign for $15,000. The money was used to give back to the generous people of a town near Johannesburg who helped out during production. The companies matched every dollar in the campaign in order to build a football field, drug counseling, a car wash, among other projects.

Critical response
On Rotten Tomatoes the film has an approval rating of 60% based on reviews from 5 critics.
Gary Goldstein of the Los Angeles Times called the film “a propulsive, no-nonsense sci-fi thriller that’s far more watchable than its generic title may imply.”
A common theme among reviews was a criticism on the use of many sci-fi clichés while, according to review websites like Frame Rated and Screen Anarchy, still “interesting enough to remain watchable.”