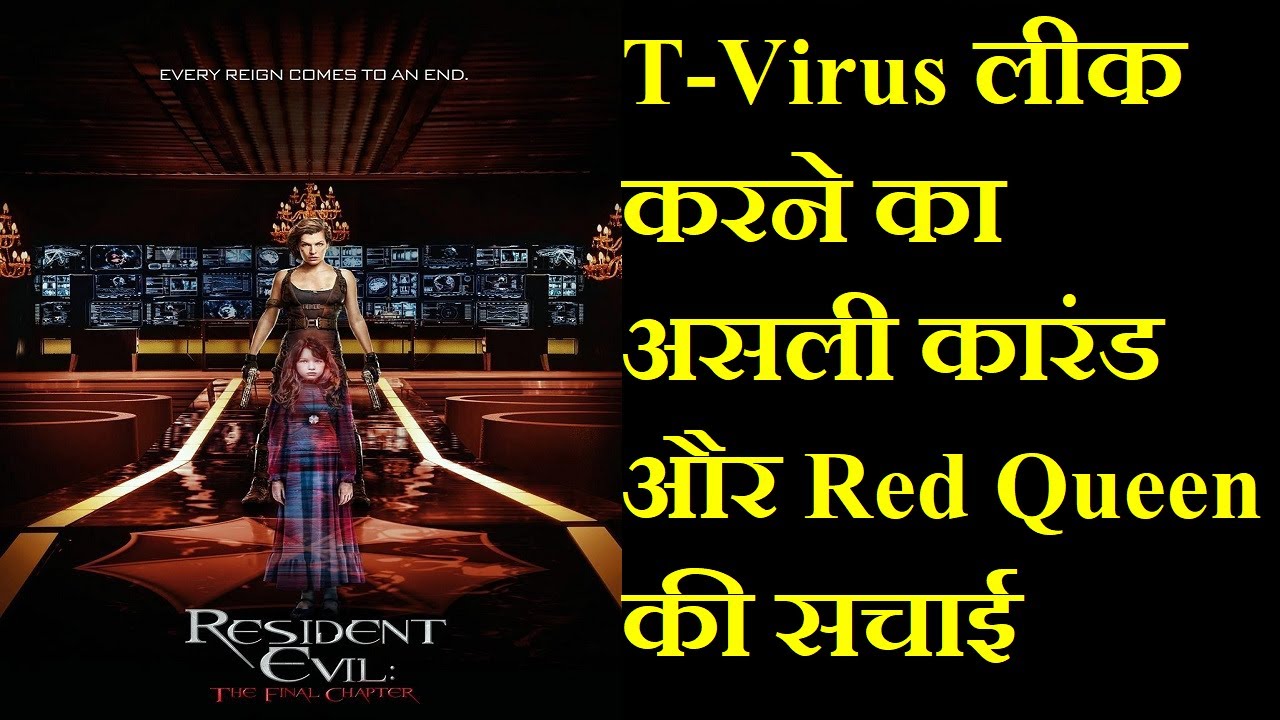 Ho sake toh mujhe ‼Subscribe‼, ya ‼JOIN‼ button par click karke aap mujhe support dikhana na bhulen | https://www.youtube.com/channel/UC8nRGLJEn_9VD1Y3VFLP_UA/join
Follow Me @
Facebook | https://www.facebook.com/jnikhil019
Instagram | https://www.instagram.com/insta_mano19/
Zomato | https://www.zomato.com/Nikko
Alice returns to where the nightmare began: The Hive in Raccoon City, where the Umbrella Corporation is gathering its forces for a final strike against the only remaining survivors of the apocalypse.
Resident Evil: The Final Chapter is a 2016 science fiction action film written and directed by Paul W. S. Anderson. A direct sequel to Resident Evil: Retribution (2012), it is the sixth and final installment in the Resident Evil film series, which is very loosely based on the video game series of the same name. The film stars Milla Jovovich, Ali Larter, Shawn Roberts, Ruby Rose, Eoin Macken, William Levy and Iain Glen. In the film, Alice and her friends are betrayed by Albert Wesker, who gathers the entire forces of Umbrella into one final strike against the apocalypse survivors.
Anderson wrote and directed the sixth and final film in the series, subtitled The Final Chapter, which was filmed in 2D and was post-converted to stereoscopic 3D. Continuing from the last film, Anderson expressed his desire for the final film to “come full circle”, bringing back characters, themes and the environment of the Hive from the first film. Filming was set to begin in South Africa in August 2014 but was delayed to the summer of 2015 due to Jovovich’s pregnancy. Principal photography commenced on September 18, 2015 in South Africa.
Resident Evil: The Final Chapter was released on December 23, 2016, in Japan and on January 27, 2017, in the United States in 2D, 3D and IMAX 3D. The film received mixed reviews and became the highest-grossing film in the franchise, earning over $312 million worldwide against a $40 million budge
In May 2017, Martin Moszkowicz announced a reboot is in development. On the same month, it was announced James Wan would produce the reboot with Greg Russo script. In December 2018, Johannes Roberts was hired as writer/director.[53] James Wan later left his role as producer.