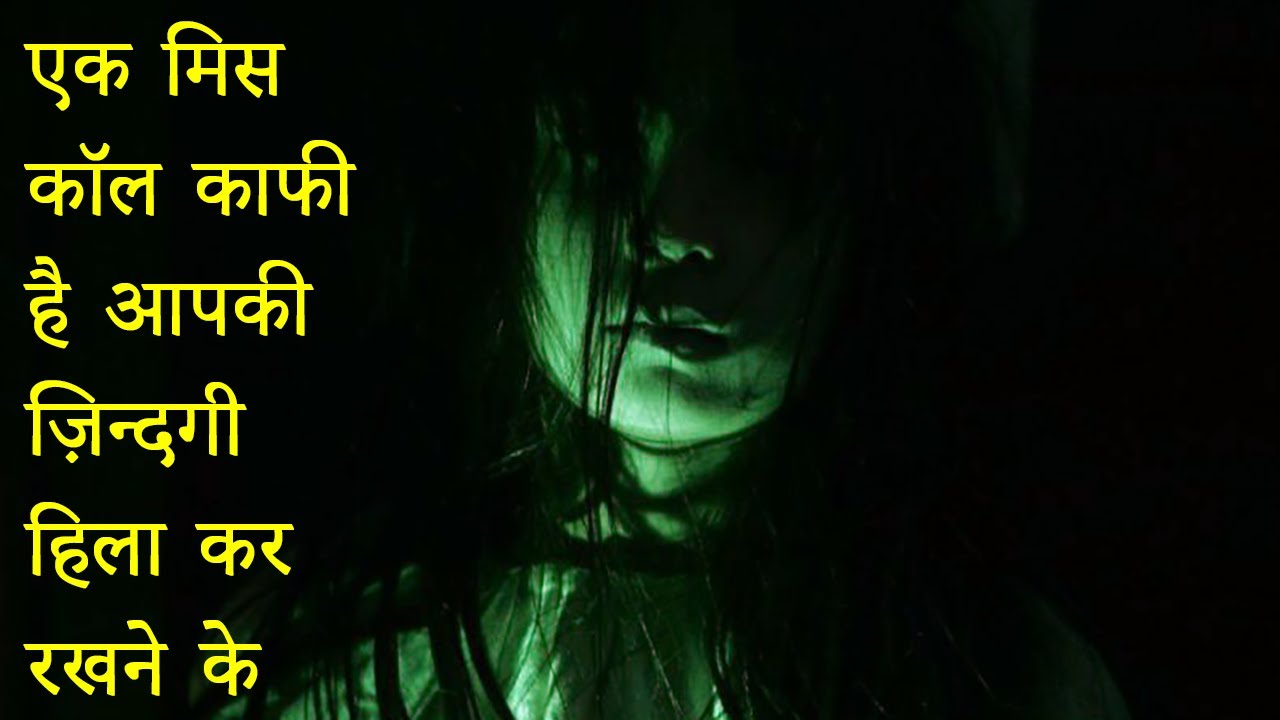 One Missed Call (2003) Explained in Hindi | Ending Explained
ne Missed Call (Japanese: 着信アリ, Hepburn: Chakushin ari) is a 2003 Japanese supernatural horror film directed by Takashi Miike and written by Minako Daira. The film is based on the novel Chakushin Ari by Yasushi Akimoto. The plot revolves around Yumi Nakamura, a young psychology student whose friend Yoko gets a strange voice message on her cell phone. The message is dated two days in the future and Yoko can hear herself screaming in it. After Yoko mysteriously dies, her death sets off a chain of events which leads Yumi to discover that this phenomenon has been occurring throughout Japan long before Yoko received an alarming call from her future self. When Yumi receives a call with the date and time of her death, she struggles to save herself and learn the truth behind the calls.

People mysteriously start receiving voicemail messages from their future selves, foretelling their deaths. The film received an American adaptation in 2008.

Release
One Missed Call premiered at the Tokyo International Film Festival on November 17, 2003. Its English title was listed as You’ve Got a Call at the festival. It was later released theatrically in Japan on January 17, 2004, where it was distributed by Toho. It was released by Media Blasters in the United States with English subtitles on April 22, 2005.

Critical reception
One Missed Call has received mixed reviews by critics, who generally cite it as being too similar to previous Japanese horror films such as Ring and Ju-on: The Grudge.
Entertainment Weekly wrote, “One Missed Call is so unoriginal that the movie could almost be a parody of J-horror tropes”, yet “Miike, for a while at least, stages it with a dread-soaked visual flair that allows you to enjoy being manipulated.” LA Weekly called it “a prolonged, maddening, predictable—yet curiously pleasurable—descent into incomprehensibility.” The Philadelphia Inquirer stated that “Miike, whose work usually veers into more surreal, experimental terrain, uses creepy-crawly juxtaposition, grisly violence, and dark humor to create a nightmare scenario for the text-message generation.”