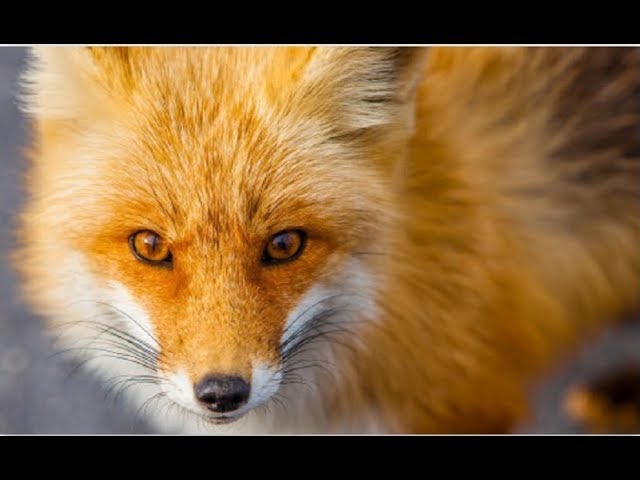 Intelligent resilient and bold the Red fox can change its behavior to thrive in new environments from urban locales to the Arctic tundra. Fox Tales reveals new scientific research that offers a fascinating look into the secret life of red foxes.

Most people assume they need to head to more remote areas like state and national parks to see a Red fox but according to several experts many individuals need to look no further than their own neighborhoods. These adaptable and intelligent canids can make their home along the cliffs of Newfoundland and the Arctic tundra. Over the last century they have also been slowly populating urban centers. According to Wildlife Specialist Dr. David Drake of the University of Wisconsin-Madison “There’s not a lot of urban Red fox research going on in North America…But I would be very very surprised if there are not Red fox in most if not all North American cities.”

The program follows scientists in Madison and Bristol England tracking the movement of Red foxes into cities; follows a Red fox family raising young pups along the Newfoundland coast; accompanies a biologist to the Arctic studying the movement of Red fox heading to a new habitat; and presents rare footage and behavior of newborns inside the den chronicling their attempts to become the dominant pup. Motion-sensitive infrared cameras capture the never-before broadcast behavior of newborn pups and their mother in a natal den during the first weeks after birth. Animal Behaviorist Dr. Sandra Alvarez-Betancourt of the University of Bristol who has analyzed thousands of hours of fox behavior underground explains that as soon as Red fox pups can walk they start fighting to establish their social hierarchy. And along the Newfoundland coast we track a Red fox family over a six month period as they raise their young pups and teach them all the skills they’ll need to survive on their own in the wild.

Up in the Arctic tundra an increasing number of Red foxes are expanding their reach into Arctic fox territory. Biologist Dr. James Roth of the University of Manitoba says that Red foxes are using more and more of the Arctic fox dens and have been known to kill Arctic foxes. Dr. Roth says it is another example of how these smart Red foxes can exploit a new territory and survive anywhere in the world.

And what about Red foxes becoming our new neighbors in urban centers? In the film Dr. Drake notes that one of the surprising findings was just how compatible urban canids seem to be with people given that many are living in backyards under decks etc. They can maintain a natural diet of small mammals and other available food so they tend to be a bit heavier. Drake and his team have also been monitoring how Red foxes and coyotes are moving through Madison.

But in Bristol the story is rather different. Rather than hunt for small mammals about 70 to 80 percent of the Red foxes’ diet is provided by many local homeowners who do not see them as a threat. Biologist Dr. Stephen Harris of the University of Bristol attributes this attitude to the fact that in Great Britain Red foxes do not have rabies and there aren’t many other diseases that animals might convey. No matter where they make their home Red foxes have proved they are one of the most widespread and adaptable mammals on the planet.