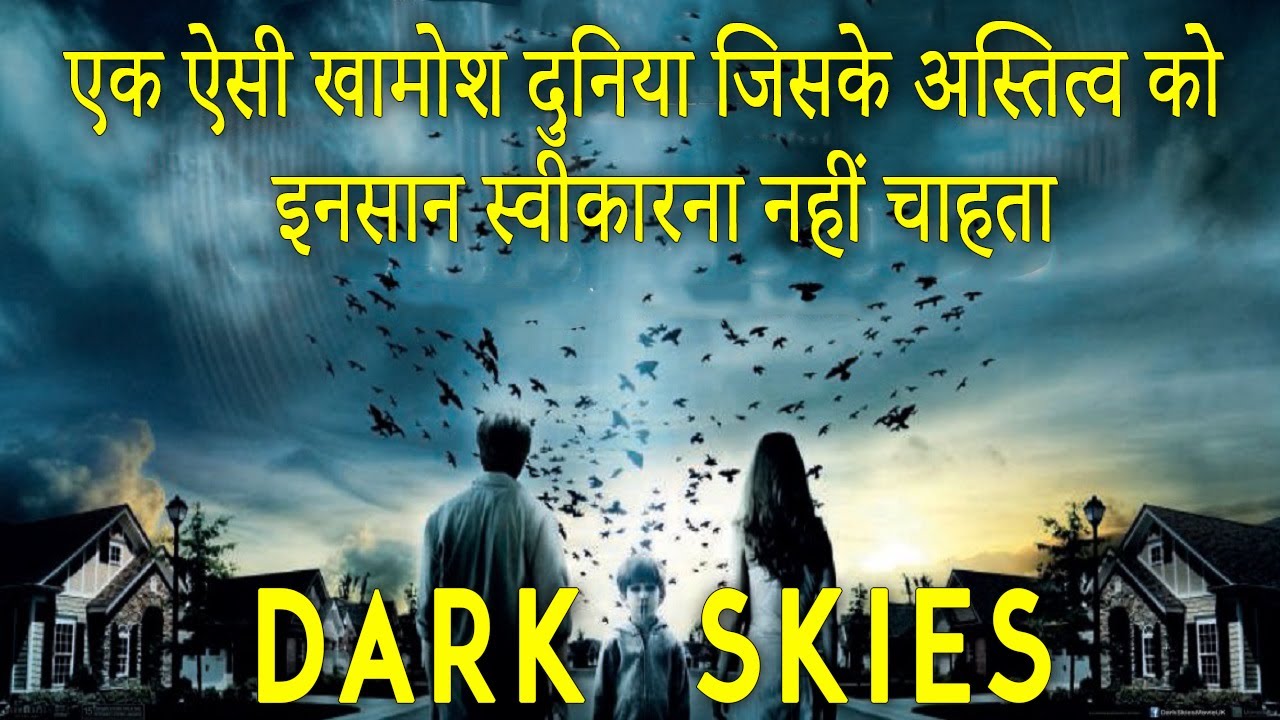 Dark Skies (2013) Climax Explained In Hindi
As the Barrett family’s peaceful suburban life is rocked by an escalating series of disturbing events, they come to learn that a terrifying and deadly force is after them, one which may have arrived from beyond the stars.
Dark Skies is a 2013 American science fiction horror film, written and directed by Scott Stewart, produced by Jason Blum, and starring Keri Russell, Josh Hamilton, Dakota Goyo, and J. K. Simmons.
Dark Skies was released in the United States on February 22, 2013, by Dimension Films. The film grossed $26 million worldwide and received mixed reviews from critics, with many praising the performances, direction and atmosphere, but criticized its screenplay, muddled plot and characters.