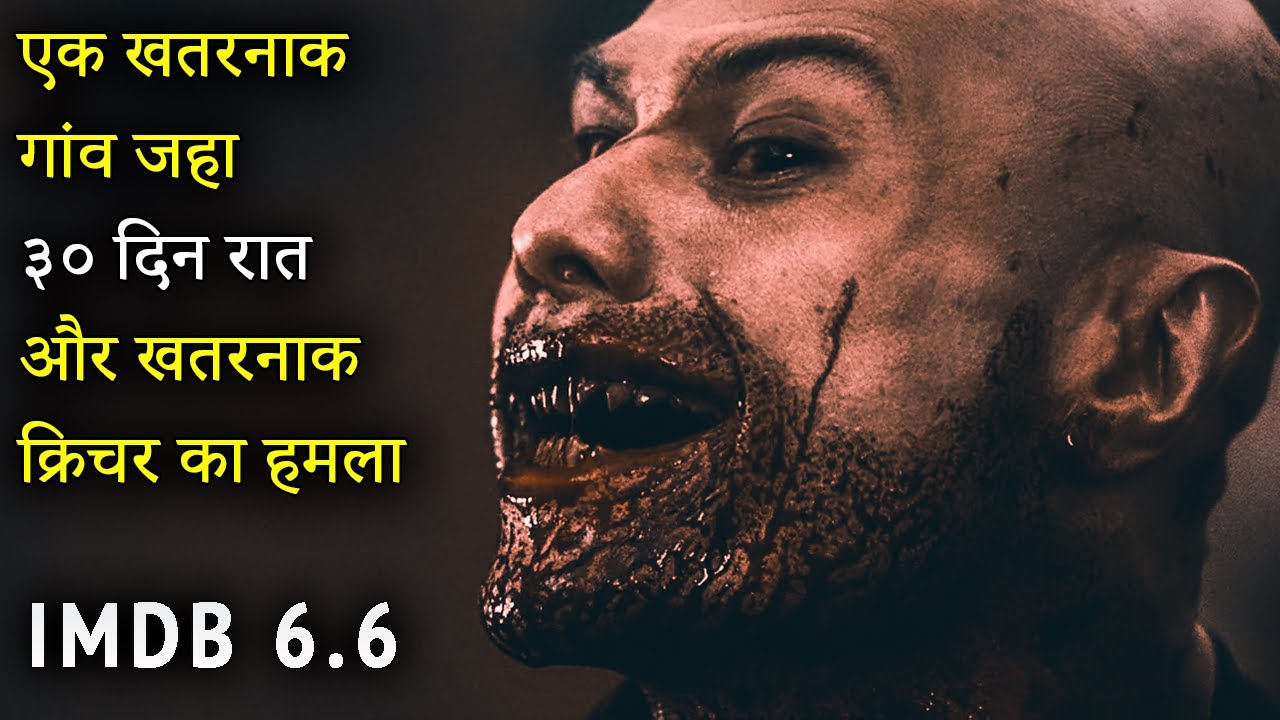 30 Days of Night Movie Explained in Hindi | 30 Days of Night 2007 Film Ending Explain हिंदी मे
An Alaskan town experiences darkness for a month each year. After the last rays of light fade, a group of vicious vampires attack the town. A couple stands between the vampires and the survivors.

30 Days of Night is a 2007 American horror film based on the comic book miniseries of the same name. 30 Days of Night was originally pitched as a comic, then as a film, but it was rejected. Years later, Steve Niles showed IDW Publishing the idea and it took off.

Hollywood Explain in Hindi :
Copyright Use Disclaimer – This video is for Entertainment purposes only. Copyright Disclaimer Under Section 107 of the Copyright Act 1976, allowance is made for “fair use” for purposes such as criticism, comment, news reporting, , scholarship, and research. Fair use is a use permitted by copyright statute that might otherwise be infringing. Non-profit, educational or personal use tips the balance in favor of fair use. In case you feel this is disputed content, feel free to contact me at –
[email protected]
Thanks
Amrita