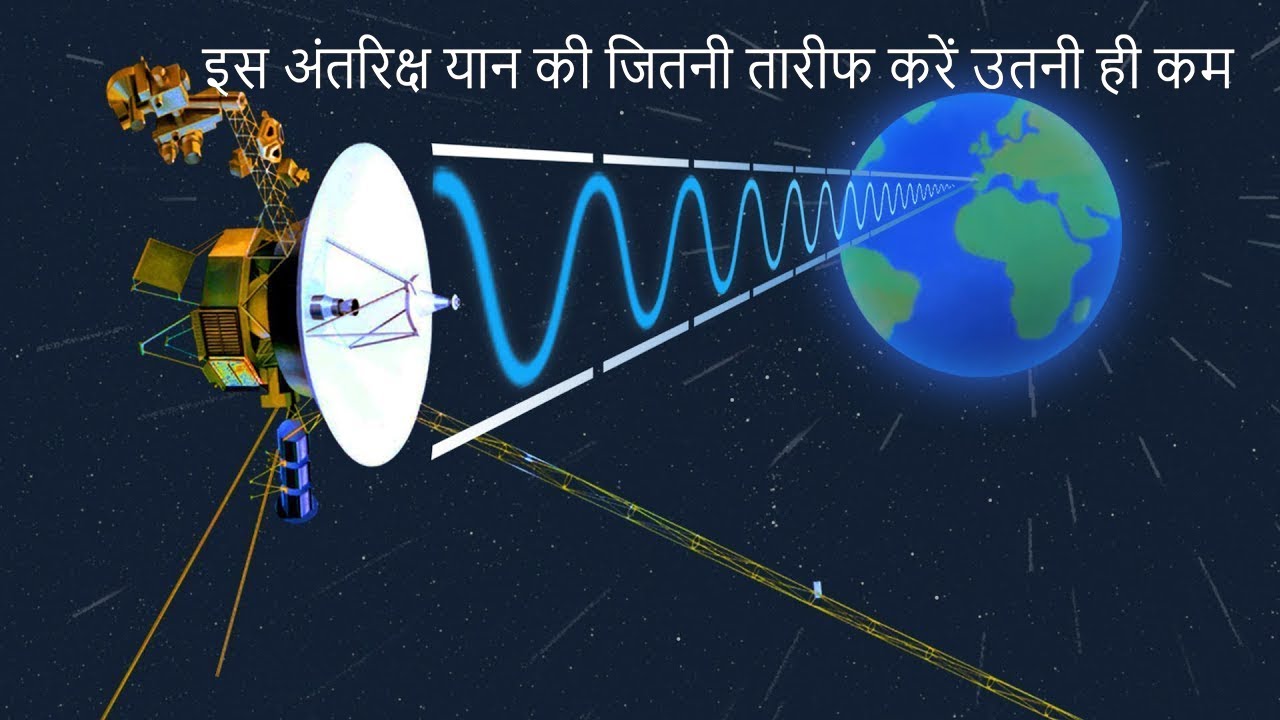 The twin Voyager 1 and 2 spacecraft are exploring where nothing from Earth has flown before. Continuing on their more-than-40-year journey since their 1977 launches, they each are much farther away from Earth and the sun than Pluto. In August 2012, Voyager 1 made the historic entry into interstellar space, the region between stars, filled with material ejected by the death of nearby stars millions of years ago. Voyager 2 entered interstellar space on November 5, 2018 and scientists hope to learn more about this region. Both spacecraft are still sending scientific information about their surroundings through the Deep Space Network, or DSN.

The primary mission was the exploration of Jupiter and Saturn. After making a string of discoveries there — such as active volcanoes on Jupiter’s moon Io and intricacies of Saturn’s rings — the mission was extended. Voyager 2 went on to explore Uranus and Neptune, and is still the only spacecraft to have visited those outer planets. The adventurers’ current mission, the Voyager Interstellar Mission (VIM), will explore the outermost edge of the Sun’s domain. And beyond.
Planetary Voyage
The twin spacecraft Voyager 1 and Voyager 2 were launched by NASA in separate months in the summer of 1977 from Cape Canaveral, Florida. As originally designed, the Voyagers were to conduct closeup studies of Jupiter and Saturn, Saturn’s rings, and the larger moons of the two planets.

To accomplish their two-planet mission, the spacecraft were built to last five years. But as the mission went on, and with the successful achievement of all its objectives, the additional flybys of the two outermost giant planets, Uranus and Neptune, proved possible — and irresistible to mission scientists and engineers at the Voyagers’ home at the Jet Propulsion Laboratory in Pasadena, California.

As the spacecraft flew across the solar system, remote-control reprogramming was used to endow the Voyagers with greater capabilities than they possessed when they left the Earth. Their two-planet mission became four. Their five-year lifetimes stretched to 12 and is now near thirty-seven years.
Eventually, between them, Voyager 1 and 2 would explore all the giant outer planets of our solar system, 48 of their moons, and the unique systems of rings and magnetic fields those planets possess.

Had the Voyager mission ended after the Jupiter and Saturn flybys alone, it still would have provided the material to rewrite astronomy textbooks. But having doubled their already ambitious itineraries, the Voyagers returned to Earth information over the years that has revolutionized the science of planetary astronomy, helping to resolve key questions while raising intriguing new ones about the origin and evolution of the planets in our solar system.

History Of The Voyager Mission
The Voyager mission was designed to take advantage of a rare geometric arrangement of the outer planets in the late 1970s and the 1980s which allowed for a four-planet tour for a minimum of propellant and trip time. This layout of Jupiter, Saturn, Uranus and Neptune, which occurs about every 175 years, allows a spacecraft on a particular flight path to swing from one planet to the next without the need for large onboard propulsion systems. The flyby of each planet bends the spacecraft’s flight path and increases its velocity enough to deliver it to the next destination. Using this “gravity assist” technique, first demonstrated with NASA’s Mariner 10 Venus/Mercury mission in 1973-74, the flight time to Neptune was reduced from 30 years to 12.

While the four-planet mission was known to be possible, it was deemed to be too expensive to build a spacecraft that could go the distance, carry the instruments needed and last long enough to accomplish such a long mission. Thus, the Voyagers were funded to conduct intensive flyby studies of Jupiter and Saturn only. More than 10,000 trajectories were studied before choosing the two that would allow close flybys of Jupiter and its large moon Io, and Saturn and its large moon Titan; the chosen flight path for Voyager 2 also preserved the option to continue on to Uranus and Neptune.

From the NASA Kennedy Space Center at Cape Canaveral, Florida, Voyager 2 was launched first, on August 20, 1977; Voyager 1 was launched on a faster, shorter trajectory on September 5, 1977. Both spacecraft were delivered to space aboard Titan-Centaur expendable rockets.

4K- The most beautiful lavender field in the world